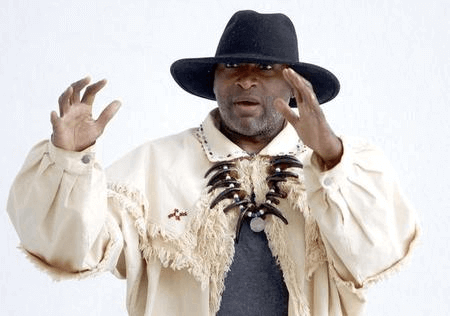 Speaking from his home in Berea, Kentucky last Thursday, Hasan was featured on a National Park Service webinar called “Hasan Davis: A Conversation About York, Equity, Race and the Lewis and Clark Story.” He spoke and answered questions about York and how his story makes a good conversation started in the midst of the Black Lives Matter movement.

By examining the injustices done to York on the Lewis and Clark Trail, “we can see the injustice and recognize that this is just one story of millions where people work hard their entire lives and receive no benefit,” Davis said. “Slavery is a mom and dad working seven days a week, no days off, no vacation, they don’t get a pension or a 401(k). They do what other people tell them to do, and the other people get the benefits.”

“The recent deaths of George Floyd, Breonna Taylor and Ahmaud Arbery are tragic reminders that discussions of racial justice must continue,” Karla Sigala, interpretive specialist for the the Lewis and Clark Historic Trail, said.

Read the full story from the Missoulian.